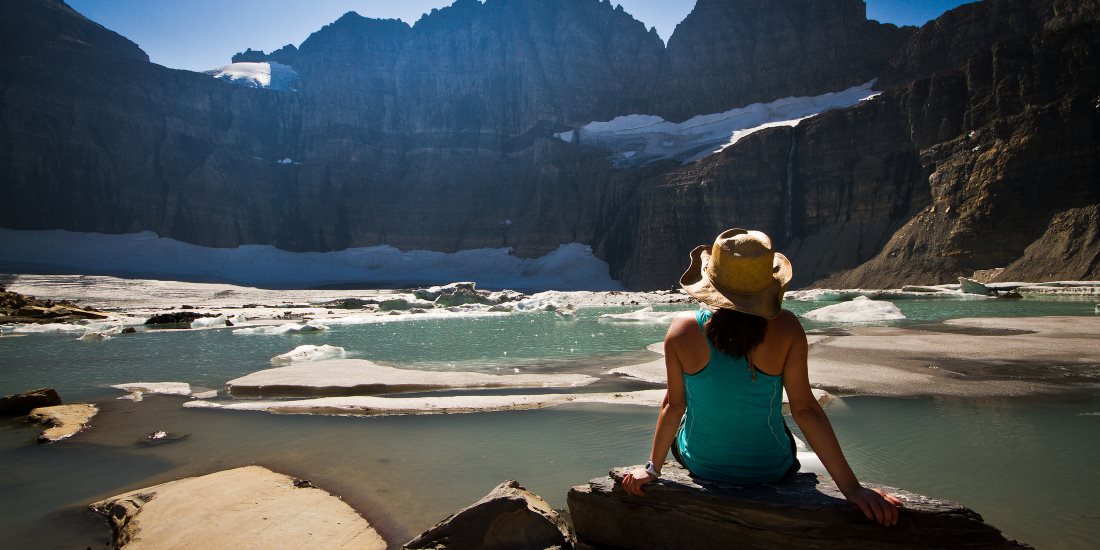 Earlier this month, the scientists of the International Panel on Climate Change (IPCC) published a report on limiting global warming to 1.5C. This is of paramount importance as we are already at 1C of warming and are witnessing much more damage that what we thought we would see ten years ago. Floods, droughts, melting glaciers (pictured above), megafires, hurricanes, typhoons… It is getting hard to ignore the dire global consequences of 30 years of inaction. Currently, we are on a path of warming the world by 3 to 4C by the end of the century. A 2C warming is the upper limit we should not reach as beyond that Mankind and life on Earth would face a very real risk of runaway climate change.

Here are a few reasons why limiting global warming temperatures to 1.5 C compared to 2 C is preferable outlined by The Guardian:

When compared to the impacts of a 2C temperature increase, limiting warming to 1.5 C (we are already at 1 C) would significantly reduce the risk of severe and extreme weather events, particularly heatwaves and heat-related mortality. It would halve the number of humans that will be exposed to water scarcity; prevent runaway sea level rise that could put many of the world’s islands under water and render uninhabitable the large delta and low-coastal regions that are home to two-thirds of the world’s population. It would prevent the almost total loss of the world’s beautiful coral reefs, protect economic growth and be far less expensive to manage.

To limit climate change to runaway levels, the report mentions a deadline and a target: in the next 12 years we need to essentially halve global emissions.

If renewables are booming and energy efficiency is gaining some traction, greenhouse gases emissions are still growing and the atmospheric concentration of carbon is still rising. Global demand for coal may have peaked already but demand for both oil and gas are still growing. Deforestation and environmental destruction are still a reality in many countries around the world. We need to do a whole lot more. Is it hopeless? No. Let’s have a look at the solutions.

First off, a great set of solutions that presents some outstanding financial : energy efficiency. A recent study has shown again that this alone could limit global warming to 1.5C. LED bulbs are just one example among many on how doing more with less has a lot of potential as it is estimated that 570 million tons of carbon emissions have been prevented in 2017 alone by the adoption of more efficient lights. That is a lot for just one technology.

In my career as a sustainability officer focusing on energy and water, I have seen that many if not most efficiency investments have relatively short paybacks and large returns. Forward thinking countries and utilities are awakening to this staggering potential. PSEG, a large utility in New Jersey will spend $2.8 Billion in efficiency in the next six years alone and expects $5.2B of savings.

Conserving resources is great but it can’t scale fast enough. Solar photovoltaic (PV) and wind power have become in recent years the cheapest sources of electricity and now account for 8 percent of global electricity. The first trillion Watts (TeraWatt) of capacity was installed in 40 years. The next one will take just five to six years. As if this was not fast enough, inexpensive energy storage will enable them to soar even higher in the global energy mix. Other renewable energy sources could help complement that all that. Tidal may soon become a great source for clean electrons. Biogas could provide cheap, low carbon heat. Every week other utilities in the US and beyond are realizing that renewables and efficiency are the future.

But how we use and generate electricity is far from being the only topic that needs our attention.

Transportation needs a revolution too as cities worldwide are suffocating from air pollution and traffic congestion. Bad air quality kills seven million people globally every year. In the European Union alone, it is estimated that over a thousand people die everyday because of the air they breathe. This insanity can’t continue and people are demanding solutions from their representatives. Bikes and electric buses can achieve massive cuts and improve the lives of the dozens of millions of people that live in the largest cities.

Food is also a set of systems due for a refresh. More and more people in affluent nations are overweight or obese and on the other side, 800 million people are still going hungry. Meanwhile, globally, a third to 40% of the food goes to the bin uneaten and this has dire consequences on our climate. This represent huge amounts of land, energy, time, water and other resources that just go to waste. We need to stop wasting that much, find alternatives (give to food banks like it is now mandated by law in France) and put the rest into biodigestors to generate heat, electricity and organic fertilizer. But if we need to waste less, we also need to eat differently, and eat much less meat.

The way we see and manage land is in dire need for change. We need to stop deforestation of the Amazon and other tropical forests. We also need to start reforesting, even if it means bombing the land (with seeds. It is called aerial reforestation) and calling on the army to plant trees as China does it. When will the US or Europe start planting more trees? Can Africa make its Great Green Wall a reality? This project aims at restoring 100 million hectares of land, providing food security for 20 million people and sequestering 250 million tons of carbon by 2030.

To conclude, I still think our societies can reform fast enough to avoid runaway climate change. The next twelve years will determine how people live on Planet Earth for decades and centuries to come. I believe this crisis is the prefect occasion to reform our societies to make them healthier, happier and more equal. Systemic change is urgently required.  This will require both new ways of thinking and going back to old slower ways of living. One thing is sure: we have our future in our hands.