While solar PV and wind power are grabbing headlines, another clean energy revolution is silently taking place. From New York to Nairobi, from rural communities in China to the heart of the European Union, biogas and anaerobic digestion (AD) solutions are becoming increasingly larger and more common.

Anaerobic digestion is a biological process happening naturally that breaks down organic matter in an airless environment, resulting in the generation of methane and carbon dioxide (among other things, see below). Capturing and putting to good use these methane emissions from our many waste streams could limit climate change drastically. According to the IPCC, this greenhouse gas is 86 times more potent than carbon dioxide over a twenty-year period (and 34 times more potent over a century).

Renewable Natural Gas (RNG) is a mature technology that is becoming a key component in our much needed global energy transition and the creation of a circular economy. Already employing over 300,000 people globally, the sector sustainably harnesses various waste streams and turns them into valuable products and revenue streams, closing the loops of many systems. It can also generate vast amounts of low-carbon energy on demand when the sun doesn’t shine and the wind doesn’t blow.

Both rural and urban communities already benefit from biogas digesters. This is a major advantage as the technology processes different kinds of valuable materials that are usually wasted.

Food waste from producers, retailers and consumers. Over a third of global food production, 1.3 billion tons of food per year, is wasted. This accounts for 4.4 gigatons of CO2-equivalent per year, representing 8% of global anthropogenic greenhouse gas emissions. While the amount of food waste has to be decreased, using some of this material for a useful purpose may be the best solution in the short term. It is estimated that 580 kg of CO2 equivalent can be saved for each ton of food waste diverted from landfill to an anaerobic digester when the resulting biogas is used to replace natural gas.

Manure from animals. If a single cow produces enough methane to power a 100W incandescent light bulb (or eight efficient LED ones), the manure of the billion cows around the world could produce enough electricity to power an LED light bulb 24/7 for every human. Pig and poultry farms are already generating vast quantities of energy with this process around the world. The world’s largest pork producer is investing hundreds of millions of dollars to convert its manure methane emissions into renewable natural gas. The move is set to capture more than 85,000 metric tons of methane per year, equivalent to taking 1.5 million cars off the road.

Wastewater and sewage are also potential feedstocks for biodigesters. Touted as the “ultimate source of renewable energy” by The Guardian, human waste (sometimes called humanure) is a great fuel that according to theUnited Nations could provide electricity for 138 million households in developing nations where over a billion people still lack access to electricity. Meanwhile, over 80% of global wastewater is discharged without treatment, thus contributing to massive water and soil pollution. Dead zones are a significant problem all around the world and bringing wastewater treatment and biogas digesters to developing nations’ wastewater systems would be civilization-changing, potentially saving millions of lives per year while generating massive amounts of low-carbon electricity.

Landfills represent another possibility to harness biogas. Throwing away thousands of tons of all kinds of waste produces vast produces quantities of methane. It is estimated that 12% of all anthropogenic methane emissions are from landfills. Covering both current and old ones and fitting them with methane recovery solutions can contribute to more resilient communities. 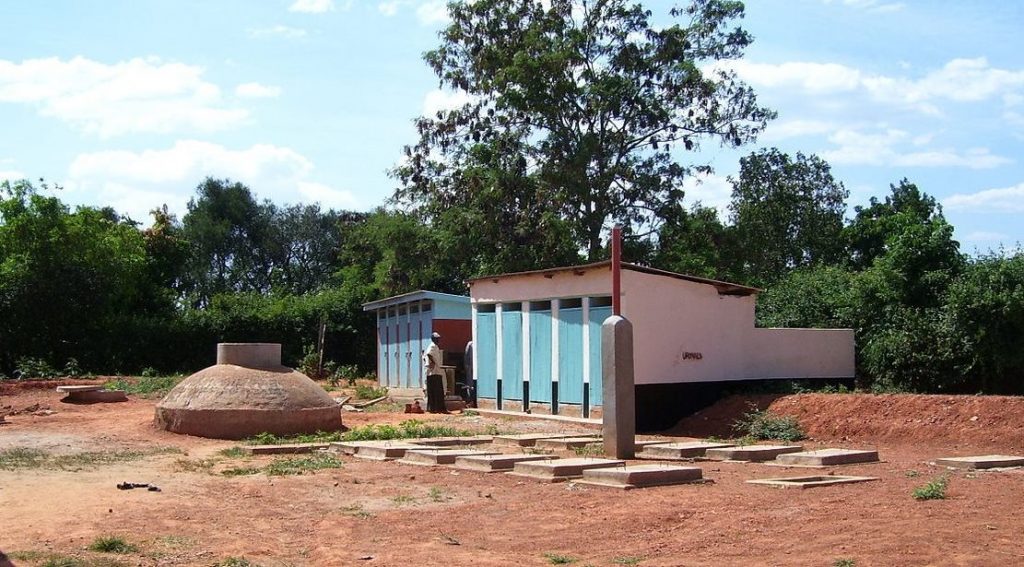 Another advantage of biogas generation from anaerobic digestion is its multiple by-products that can be used to generate income:

Methane, a potent greenhouse gas, makes up two-thirds of biogas. This truly natural gas can be burnt as is to cook food, generate electricity and heat buildings. Biogas can also be transported and sold with fossil-based natural gas once it has been refined from its carbon dioxide and other gases.

Carbon dioxide makes up to one third of biogas and could potentially be another revenue stream for operators. It is indeed needed in many industriesand applications, including food and drinks (sodas and so on). This very well could be a local systems thinking solution as recovering the carbon dioxide is financially viable for larger plants if there is a potential buyer nearby.

Anaerobic digestion also produces massive amounts of digestate. This fertilizer can help local agriculture become more sustainable and less fossil-fuel-dependent. Most commercial fertilizers are a byproduct of natural gas and thus contribute to the climate emergency we are now facing.

Generating electricity from biogas also creates usable heat. This can be used to warm greenhouses or other buildings, or as I have seen on a farm in France to dry hay. Done right, a biogas cogeneration plant can keep entire villages or neighborhoods warm during winter.

Biodigesters come in all sizes

Here is another massive advantage of biogas generation: it comes in all sizes and you can even build your own following these instructions. This means that families and small communities can use them but also large users such as companies or municipalities. Small farms and remote villages as well as islands that are importing diesel for their electricity needs can benefit from local biogas production.

Over the last few decades China has installed 30 million small biodigesters to help rural populations deal with energy poverty, deforestation, and healthcare. A total of 6.5 billion cubic meters of biogas was produced this way in 2005 and it is estimated that biogas serves almost 22% of China’s rural population. India has been awakening to the potential of this energy source to solve its various problems.

Larger models are available for medium-sized companies and communities, schools, or universities. For example, Seattle-based company Impact Bioenergy sells biodigesters producing over 100 kWh per week and producing 2,800 liters of high grade fertilizer per week with three metric tons of feed of capacity. (Full disclosure: I worked on their Kickstarter campaign in 2015.)

At the end of the size spectrum are multi-million dollar installations such as this $50M biodigester which is currently being built in New York and that will “annually shunt more than 23,000 tons of city food waste“. In Finland, the national gas utility is expanding one of its plants for €30M to process 110,000 metric tons of biomass and produce 60 GWh of electricity per year. 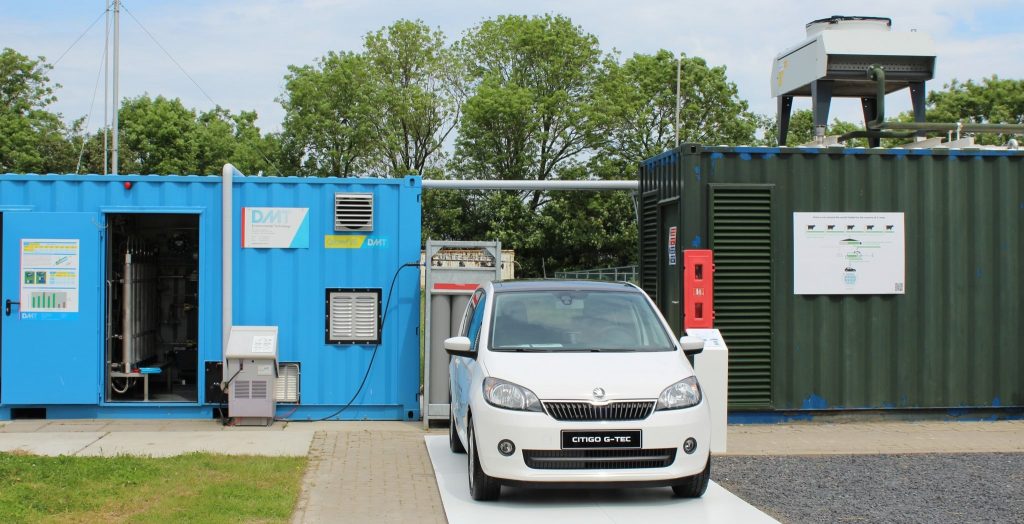 Energy from biogas is already cost-competitive

For larger systems, biodigesters are already cost-competitive solely on the energy they produce. A study from IRENA (2017) points out that the Levelized Cost of Energy (LCOE) can be as low as three or four US cents per kWh, making it highly competitive with natural gas and coal. Similarly, NPR reports that the cost of electricity made from swine biogas could be as low as five US cents per kWh. The cost depends on multiple factors, such as availability and cost of feedstock and size of installation. As with other renewable energy sources, prices will continue to drop as technology improves and as market penetration increases. According to the IEA Bioenergy task force, this contributes to making simple payback periods vary from two to six years in a variety of case studies.

If the cost competitiveness of the generated energy was not enough already, monetizing the fertilizer, carbon dioxide or heat generated by renewable natural gas generation can be additional revenue streams. This further ensures that such projects are economically viable. Additionally, putting our food waste and other compostables into local biodigesters saves money from hauling the trash and disposing of it far away. This is another major source of savings as a third of municipal solid waste could go into biodigesters. (Composting, being aerobic digestion, does not capture the methane but is still better than landfilling.)

Biogas and anaerobic digestion process many different waste streams and turn them into profits, come in all sizes, and are already cost-competitive. Cities and communities around the world can increase resilience while reducing pollution and climate change. The technology will also become more competitive as concerns over fracking and its pollution intensifies and as carbon taxes and energy transitions strategies are enacted around the world.

This systems thinking solution is currently rapidly expanding in both wealthy and developing nations. According to the International Energy Agency, global capacity has almost tripled between 2008 and 2017 and will most likely continue its expansion in the years and decades to come as the world increasingly demands distributed energy resources to complement solar and wind and greenhouse gases emissions cuts.