Infographics on the water-energy nexus

We all need water and energy but with climate change, water scarcity is increasing. And sometimes, precious water is necessary to generate electricity. So for today’s post, I gathered a few infographics on that topic.

There again, coal, natural gas and nuclear get beaten up by wind and solar which use very little to no water.

We have recently seen that renewable energies are much more efficient than fossil fuels thanks to an infographic showing what it takes to power a 100W light bulb ( or rather, five 20W efficient ones ).

In early February I shared another information source showing the greenhouse gases emissions of various energy sources. There again, the verdict was clear as water : fossil fuels emits ten to a hundred times more than clean energy sources.

Here comes a third massive argument against coal, oil and natural gas : they are huge water guzzlers, and in a dryer world, they just have to be phased out. Here come three information sources.

First and foremost the Environmental Defense Fund (EDF) has a nifty infographic that sums up the issue quite well : 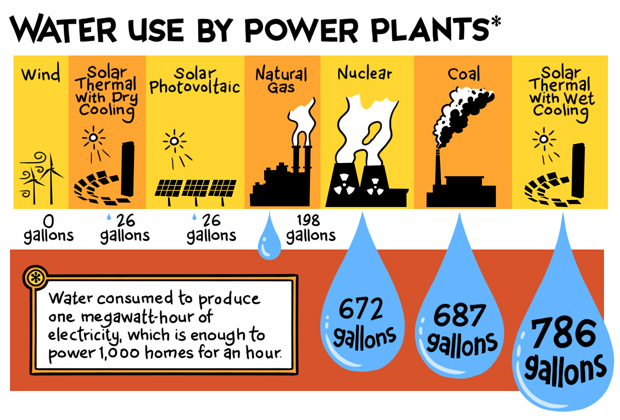 Here are some of their explanations :

Let’s look at a breakdown of how energy resources stack up in terms of water consumption and discuss their carbon footprints: (…)

Another source of information corroborates the EDF data regarding the difference between renewables and fossil fuels and nuclear. General Electric has a blog on The Economist with another graph. Here it is : 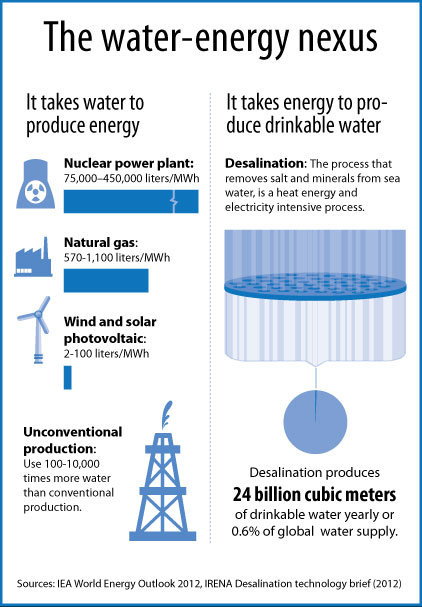 Last but not least, a solar company – Pure Energies – created its own infographic to share some data. And there is no ambivalence on that : fossil fuels get beaten up by solar. 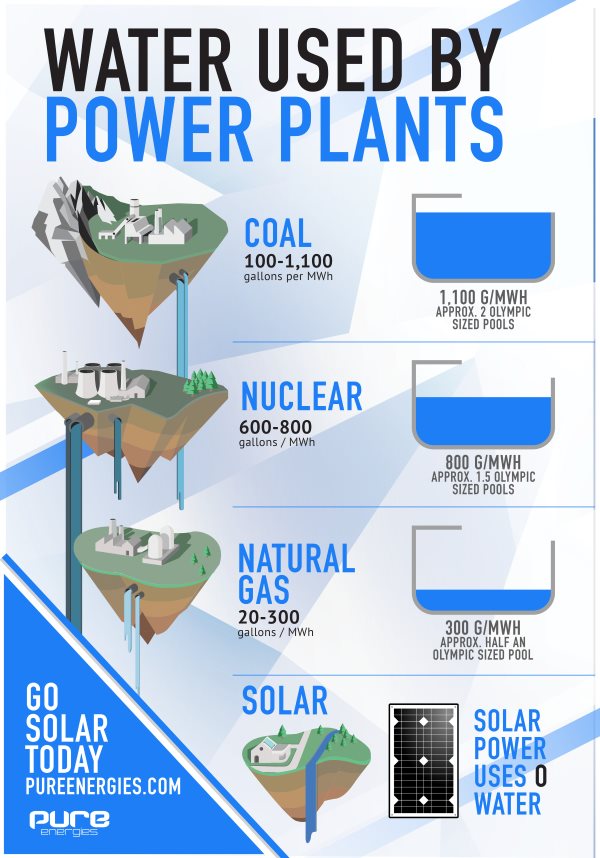 I think the findings couldn’t be more clear : if you are concerned about water scarcity, you should go solar. Once they are produced, solar panels do not need any water to operate for decades, nor do wind turbines (except for some maintenance here and there… )