The huge blackout in India that affected 700 million people earlier this month has taught us a valuable lesson : big coal fired plants failed and little solar installations delivered to the point to they look like a no-brainer.

Given this, it is more than probable than the India government will be willing to increase even more its plan for photovoltaic energy and other renewables as it may install 40 GW of solar by 2022.

If they are looking for a successful example, they might not have to look no further than next door, in Bangladesh.

In one of the poorest countries on the planet a renewable energy service company is installing [nearly] one thousand solar home systems — a day. Not in its capital or busy urban centers, but where 80 percent of the population lives — in rural Bangladesh.

The company, Grameen Shakti, literally translates as rural energy. By the end of the year it will have installed a total of one million solar systems and now has expansion plans to install five million systems by 2015.

Shakti  is succeeding where business as usual has failed, and in the year of Sustainable Energy for All, it’s a success story we should all know by heart.

To read out the rest, please check out the Sierra Club Compass.

Large coal fired plants aren’t going to solve India’s electricity problems. Solar can, solar will. Here is an article from the US website Climate Progress that explains why. 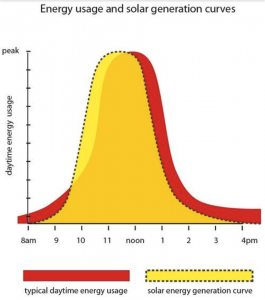 The curves of output of solar panels and the electricity demand in India are almost synchronous, with only a difference of one hour.